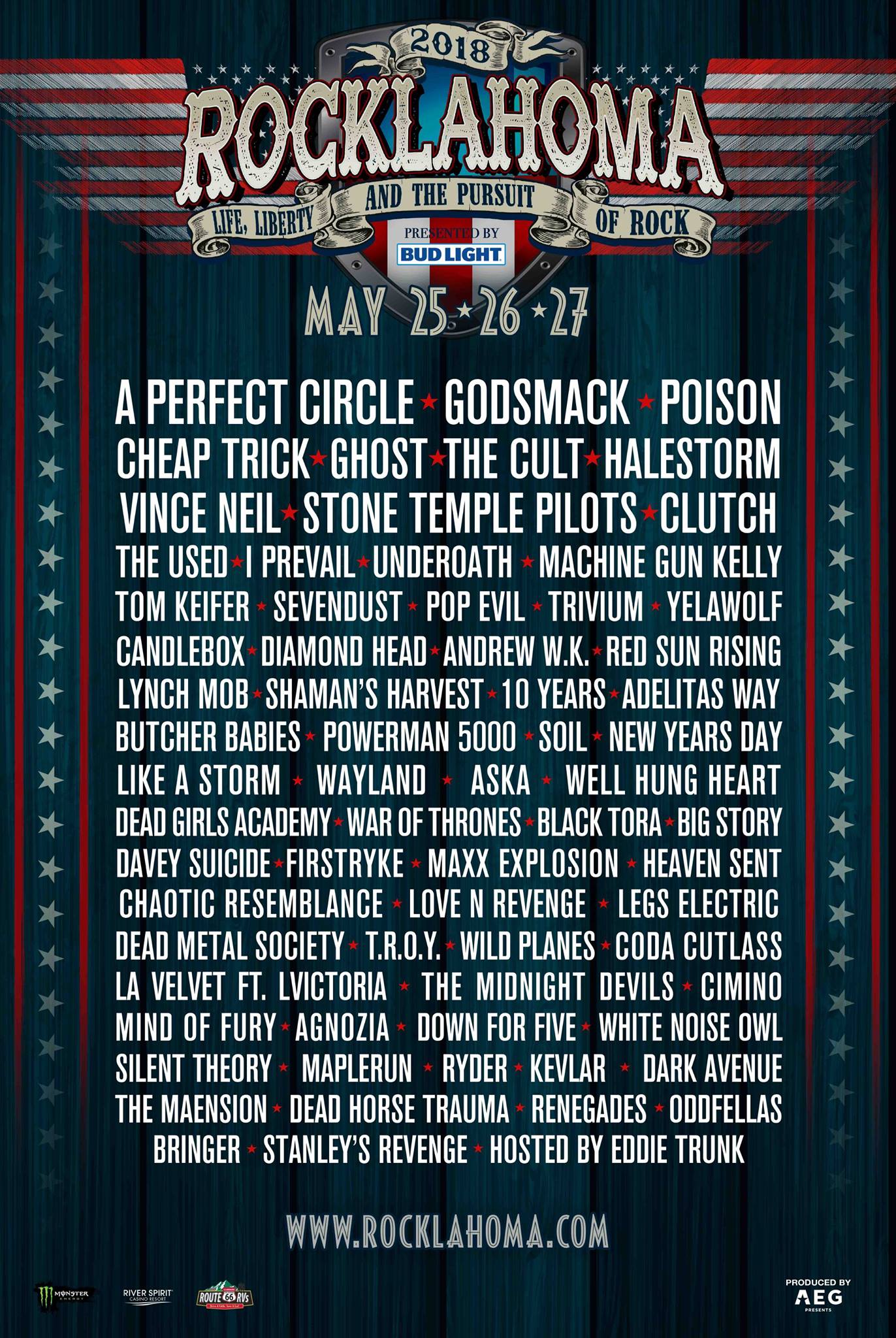 The Rocklahoma festival, presented by Bud Light, is back for year 12 at the "Catch the Fever" festival grounds in Pryor, Okla. This year, organizers will stage the event May 25-27, with A Perfect Circle, Godsmack and Poison leading the way.A Perfect Circle are making their long awaited return with new music, having recently released the single "The Doomed" ahead of their 2018 studio album. Godsmack, meanwhile, have also been busy in the studio as they prepare to celebrate their 20th anniversary as a band. And for Poison, the band is back together and ready to rock after taking a bit of a break in recent years.

“I am beyond excited to return to Rocklahoma on Memorial Day Weekend. It is one of my favorite music festivals that I have headlined both as a solo artist with the Bret Michaels Band and with Poison. It is going to be a party sharing the stage with such great bands and it is an honor to have three generations of fans rocking along with us; That is a great night of music," adds Poison's Bret Michaels