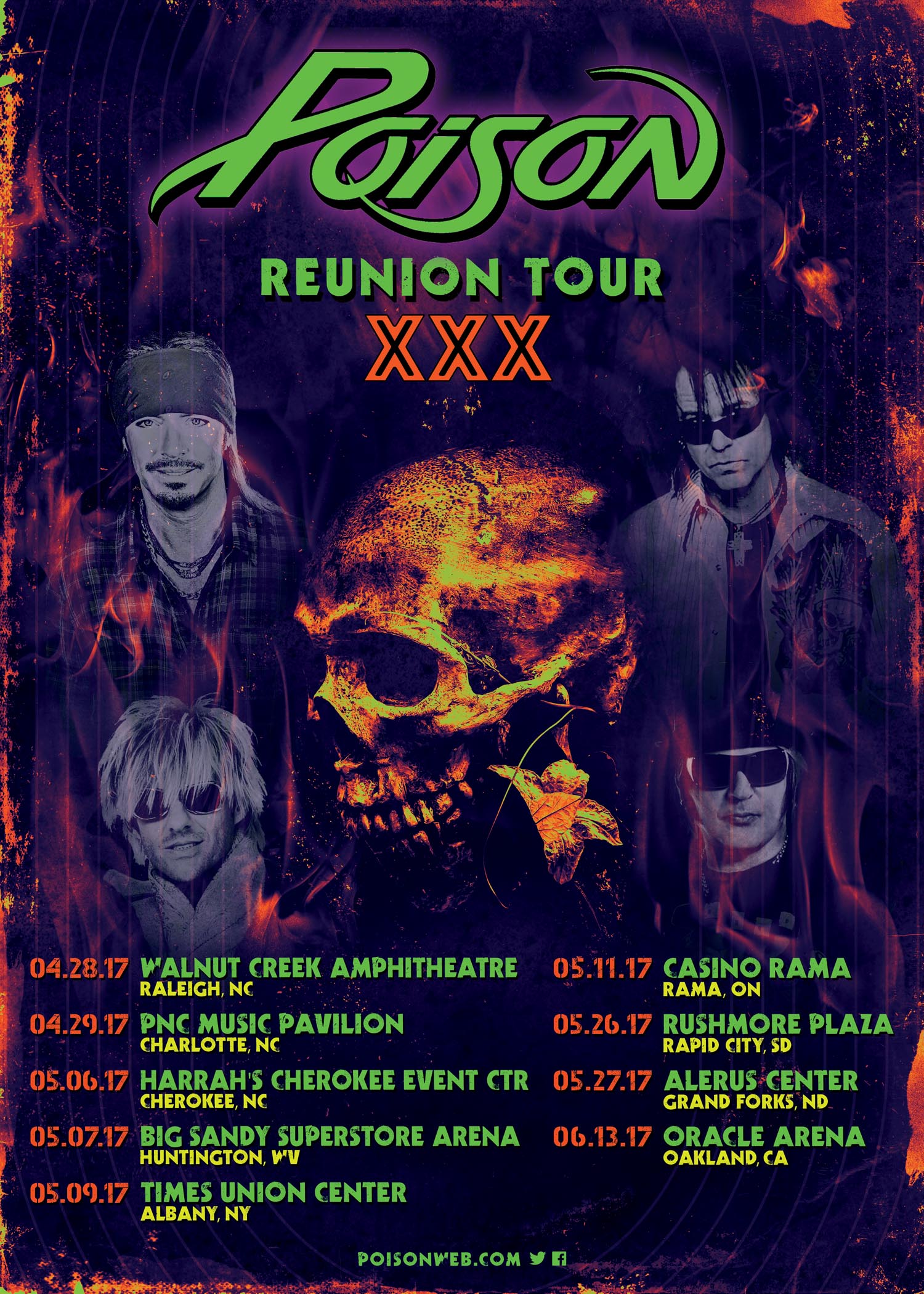 POISON, one of rock’s most high energy and iconic bands, will be performing all their greatest hits as they headline select dates for the first time in over a decade. This Spring will see all four original members, Bret Michaels,  Bobby Dall, Rikki Rockett and C.C. Deville join together to play these limited HEADLINE dates in the US & Canada.

These select dates will coincide with POISON’s co-headlining tour with DEF LEPPARD and special guest TESLA throughout the Spring and Summer.

Although they have co-headlined in the past with Def Leppard, Motley Crue and KISS  to name a few, these will be their first headline dates in select markets in over ten years. States singer Bret Michaels “I’m really looking forward to the Poison tour. It’s going to be incredible playing all the hits and putting on a hell of a high-energy rock show for the three generations of awesome fans.”

POISON who started as a street level independent band has remained one of the music industry’s top acts, with multi-platinum album sales and sold out tours since first bursting onto the music scene. They have sold over 40 million records and DVDs worldwide, and have charted twelve Top 10 hits and are set to perform some of their greatest hits including “Nothin’ But A Good Time,” “Every Rose Has Its Thorn,” “Talk Dirty To Me,” “Unskinny Bop” and “Something To Believe In.”