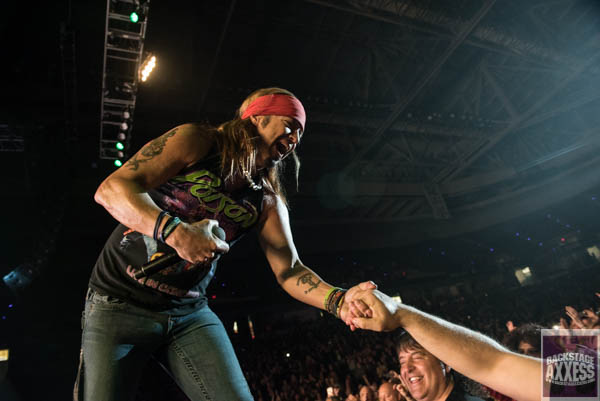 It’s been five (5) years since the glam rock band Poison has toured. The band hit its 30 year anniversary last year since the release of their first record “Look What the Cat Dragged In.”  Vocalist Bret Michaels stays active touring with his solo band and drummer Rikki Rockett formed a side project called Devil City Angels. That’s about it for any sightings that have come out of the Poison camp since their summer tour with Def Leppard and Lita Ford back in 2012. Drummer Rikki Roickett has also battled mouth cancer which took him off the road for a considerable amount of time. Fast forward to 2017 and the band has decided to once again tour with Def Leppard and this time around, Tesla is the opening act.