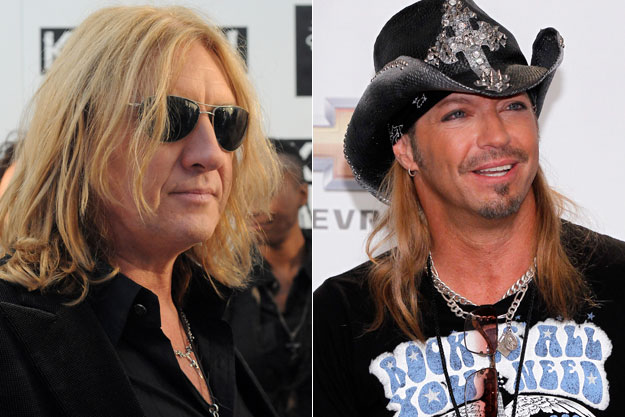 Poison is set to tour with Def Leppard this summer! The tour is scheduled to kick off on June 20th in Salt Lake City, UT. Joining Poison and Def Leppard for this highly anticipated summer tour is Lita Ford. Poison, one of rock's most iconic and enduring bands, has been one of the music industry's top acts, with multi-platinum album sales and sold out tours since first bursting onto the scene in 1986. The success of the band's recent album releases and tours shows that Poison is as potent 26 years after the release of their debut album, Look What The Cat Dragged In, as ever. Poison's Bret Michaels (lead vocals, guitar), C.C. Deville (lead guitar, vocals), Bobby Dall (bass) and Rikki Rockett (drums), have sold more than 30 million albums worldwide and charted twelve Top 10 hits. Throughout Poison's career, the band's members have enjoyed collaborative and solo successes from the stage to screen. Bret has branched out as a solo artist, a successful run as a reality star, businessman, and activist. His most recent solo release, "Custom Built" shot to Number One on the Billboard Top Hard Rock Album chart. A lifelong diabetic with a serious commitment to the cause, Bret donated his $250,000 "Celebrity Apprentice" prize to diabetes research, earning him the honor of being a spokesperson for the American Diabetes Association.