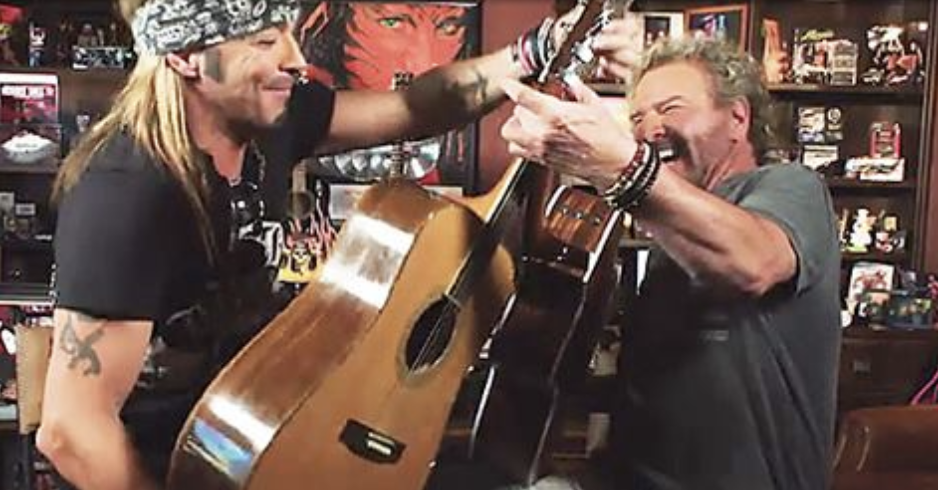 You can watch an exclusive clip from the new episode below, in which Michaels talks about how his band aPoison have managed to remain together for more than three decades.

“We always find a way that, no matter what, that moment that you hit the stage, nothing else matters,” he told Hagar. “All we want to do is go out there and just play. The music brings it back together.”

The pair can be seen performing the song “Your Mama Don’t Dance,” which Poison took to the Top 5 in 1989, while off-roading in an all-terrain vehicle, before Hagar presents a check payable to Michaels’ charity foundation.The singer's comments reflect those recently made by Poison drummer Rikki Rockett, who also explained the band’s survival. “The fact of the matter is we’re doing this because we love the band Poison," he said. "It’s our baby, so we all take turns taking care of it in different ways. We want to get along. We want to make it work. ... You’ve got to take a break from each other a little bit. The secret to longevity in a band is knowing really how far you can extend yourself to somebody. To know when to back off a little bit and to pick your battles.”