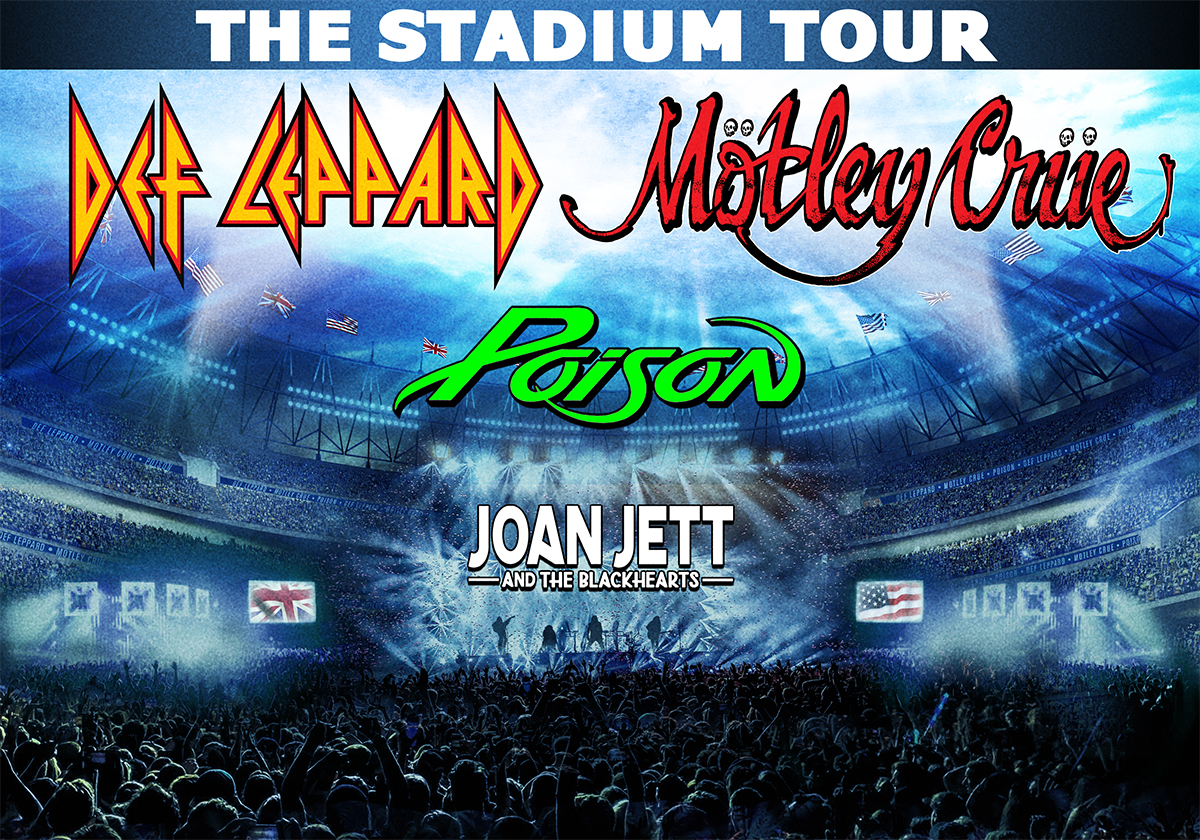 December 18, 2019 – With over 700,000 tickets sold and gross box office receipts of over $90 million in the first weekend of sales, The Stadium Tour featuring Def Leppard and Motley Crue with Poison and Joan Jett & The Blackhearts will be the biggest rock tour of 2020.  The tour saw the fastest sell out in Miller Park history in Milwaukee with additional shows selling out instantly in Atlanta, Seattle, Charlotte, Dallas, Pittsburgh, Detroit, Chicago and Denver.  The bands responded to the unprecedented fan demand by announcing SEVEN new shows will be added in all new cities:  San Antonio, Kansas City, St. Louis, Minneapolis, Nashville, Cincinnati and Cleveland.  Produced by Live Nation, the added tour dates will begin pre-sales January 6th, check local venue listings for timing and more details.

“The word on the street was that fans were overly excited about this stadium tour even before it was announced ... well it’s out there now & it keeps getting bigger & bigger ... this is going to be a MONSTER of a tour!”  says Def Leppard’s Joe Elliott.

Added Mötley Crüe bassist Nikki Sixx “Little did we know that making The Dirt movie would lead us to this exciting new place touring stadiums with our friends in Def Leppard. We are beyond excited for this tour to begin”.

Poison’s Bret Michaels also added “There are not enough words to thank the three generations of fans for making this such an exciting, record breaking, historical tour with the fastest sell outs in history at these stadiums”.